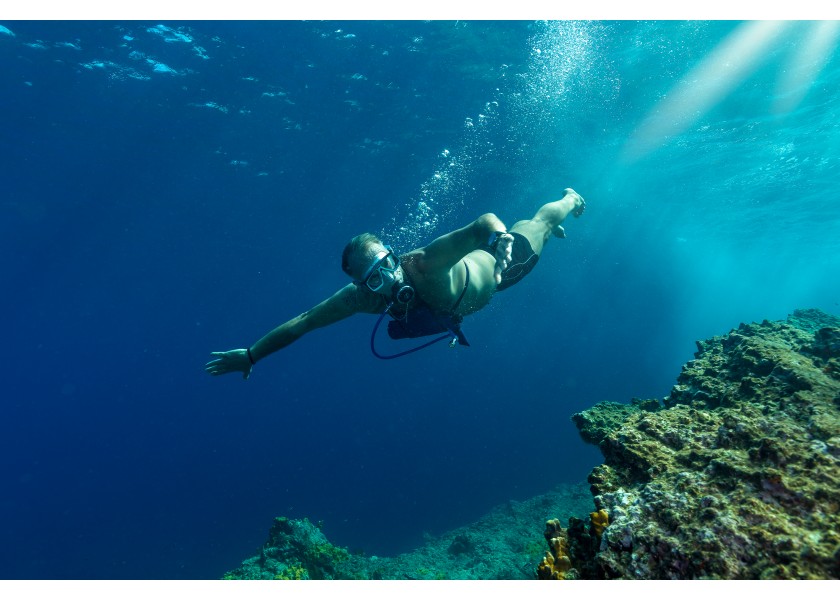 Why buy an oxygen tank for diving?

Why buy an oxygen tank for diving?

In this article, we will detail the differences between a standard dive tank and a dive tank called "Nitrox".

By analogy and confusion with medical equipment, we tend to refer to diving tanks as "oxygen". Fortunately for deep-sea divers, they never contain pure oxygen.

What are the differences between oxygen and compressed air?

These cylinders can sometimes be confused or referred to as oxygen cylinders or oxygen tanks, when in fact they are filled with a compressed gas mixture of nitrogen and oxygen.

The air compressed to about 200 bars, trapped in these airtight metal cylinders is, like the air we breathe on Earth, a mixture generally composed of 78% nitrogen (or diazote), 21% oxygen (or dioxygen) and 1% other gases.

The proportion of oxygen is simply higher in a Nitrox cylinder than in standard diving blocks (over 21%).

Which oxygen tank should I buy?

Whether it is a steel or aluminum block, Nitrox cylinders are often identified by the colors yellow or green.

The advantage of this type of tank is that it increases the time and safety of your dive. Indeed, by breathing underwater with such a mixture, the diver is less saturated with nitrogen and requires fewer decompression stops than for an equivalent dive with air.

Whether in a Nitrox or standard cylinder, the volume of air will vary in the same way with pressure. With a pressure of 232 or 300 bar, you will have more air in a 12 liter tank at 300 bar than at 232 bar for example.

The choice of which scuba tank to buy will depend on the use you wish to make of it. Compressed air cylinders are often used in recreational diving because they are cheaper and easier to refill.

In fact, regardless of the method used, filling a Nitrox cylinder takes longer because it is more complicated to do. Either, you have to fill the cylinder with pure oxygen at first, and then complete it with high pressure air. The inflation time is thus more important and it is then necessary to respect a time of homogenization of the mixture.

Or, you can use a mixer or a membrane separator, which will make it possible to carry out the oxygen-nitrogen mixture upstream of the air inlet of the compressor.

What are the uses for my oxygen tank when diving?

The disadvantage of Nitrox cylinders compared to normal cylinders is that they are more limited in terms of depth. If you intend to dive in deep water, it is therefore preferable to choose a cylinder with a normal oxygen content.

It is therefore important to check the maximum depth at which you can dive, if you choose to use a Nitrox cylinder.

On the other hand, apart from the 3 minute safety stop at a depth of 5 meters that must be made, nitrox diving allows for longer dive times than air diving before reaching the no-decompression limit, i.e. the realization of a decompression stop for the suppression of nitrogen micro-bubbles in the body. For example, for a dive depth of 18 meters, the no-decompression limit will be only 56 minutes for compressed air, while it will be 95 minutes for a Nitrox 32 mixture and 125 minutes for a Nitrox 36 mixture. These two mixes are the most commonly used and are sometimes called Nitrox I and Nitrox II.

You should also be aware of the possibility of refilling your tank if you choose this option. Not all dive clubs are equipped to fill Nitrox tanks, and you may find yourself stuck with an empty tank if this is not the case.

Indeed, if you use a Nitrox tank, it is advisable to fill it with the same mixture each time, so as not to need time to homogenize it and thus save time.

It is important to know that there are also two other possibilities of mixes depending on the needs of the diver. These are the heliox and trimix tanks. They are, however, much less common because they are more complicated to make.

To learn more about scuba diving with Nitrox tanks, you can also consult this article:

Check out this article 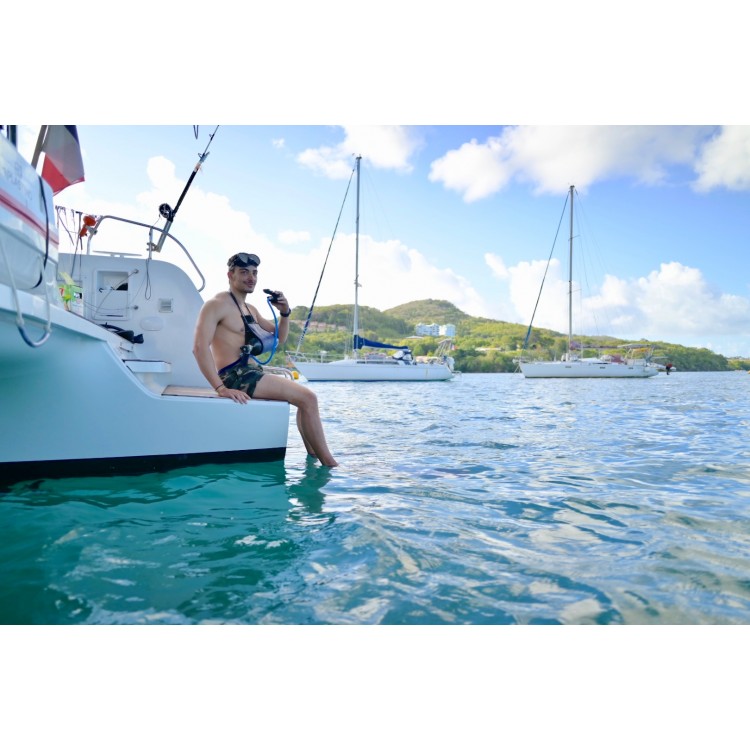